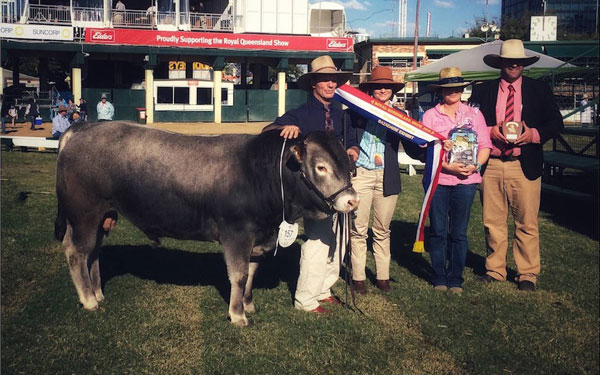 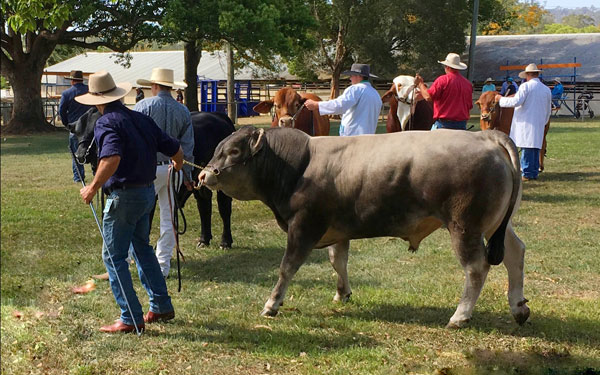 Carabeen Pax is a very quiet, soft, early maturing bull. As a yearling he is developing good depth in the flank and width from the shoulders to the hips. He moves freely and tracks well. His sire and dam have exceptional structural correctness and phenotype and we expect Pax to continue to develop in a similar manner. He has been trained to lead and is part of the Carabeen Show Team.

Carabeen Pax won the Grand Champion Bazadais Exhibit at the Queensland Royal Show (EKKA) 2019. The judge commended the bull on his structural correctness (particularly his legs and feet) and noted his strong top line and marked softness (unusual for his age and breed).