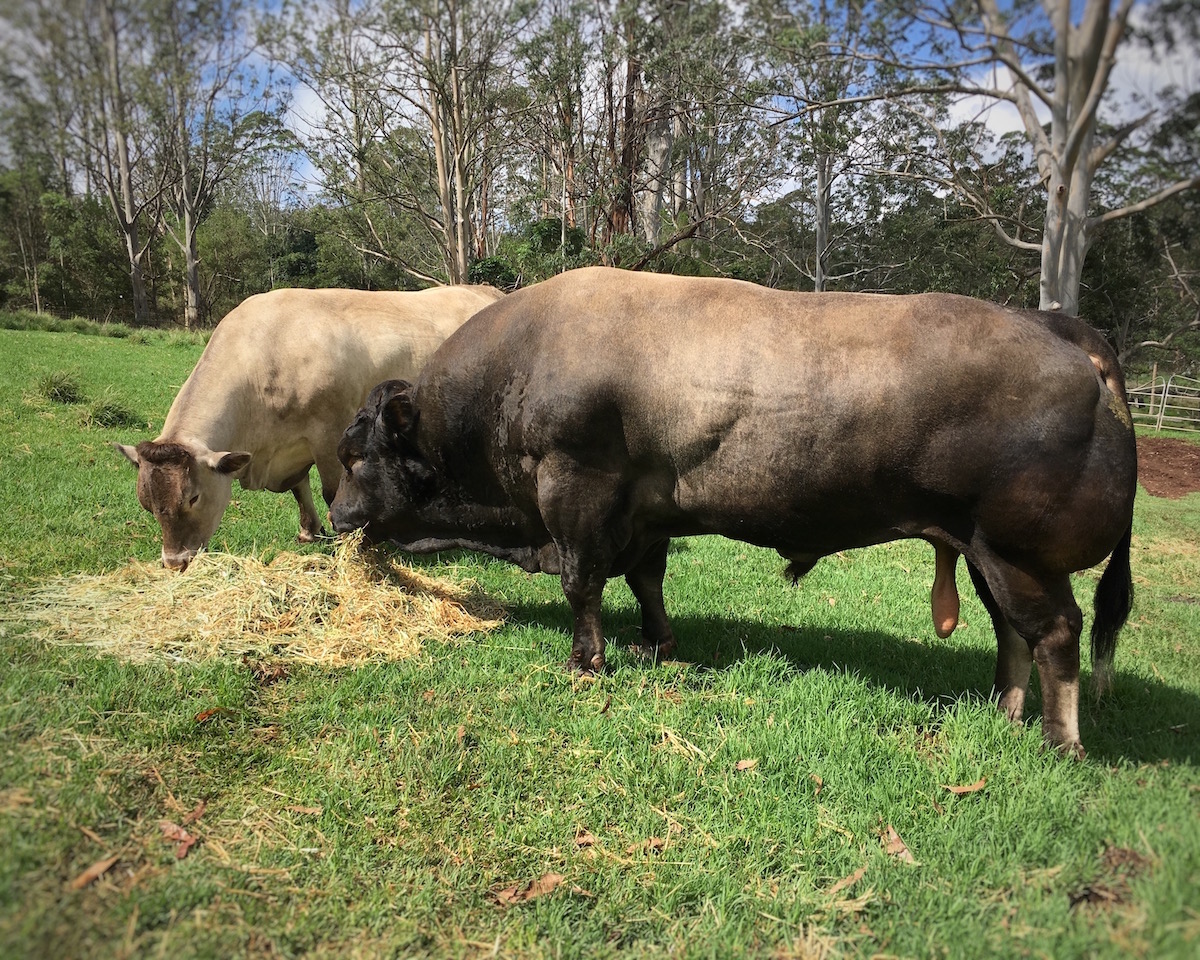 Carabeen Lorry ticks all the boxes as a top stud Bazadais bull – wide from shoulders to pins, phenomenal length with strength of spine and large EMA, full in the hams (right down the pockets) and exceptionally deep.

At 1000kg in working condition he is a gentle giant, being the star attraction at Experience: Beef at the 2019 Queensland Royal Show (EKKA), with appearances on television (Sunrise) and numerous street parades.

The bull has been shown extensively winning Grand Champion Euro Bull at Casino Show 2018.  His full sister won Reserve Champion Female at EKKA 2017 (field of 7) and his full brother had the largest EMA of all bulls for sale at the Tenterfield Euro Sale 2017.

Carabeen Lorry has been used both as a stud bull and over commercial Angus to produce top-line led steers.  All of his progeny had average birth weight (38 – 42kg).   His genetic testing shows high scores for average daily gain, tenderness, IMF, EMA, calving ease and docility.  His overall genetic index was the highest of all Bazadais cattle (French and Australian bloodlines) tested (n=23).

In summary, Lorry is wide, long and deep bodied with an exceptional phenotype and data combination.